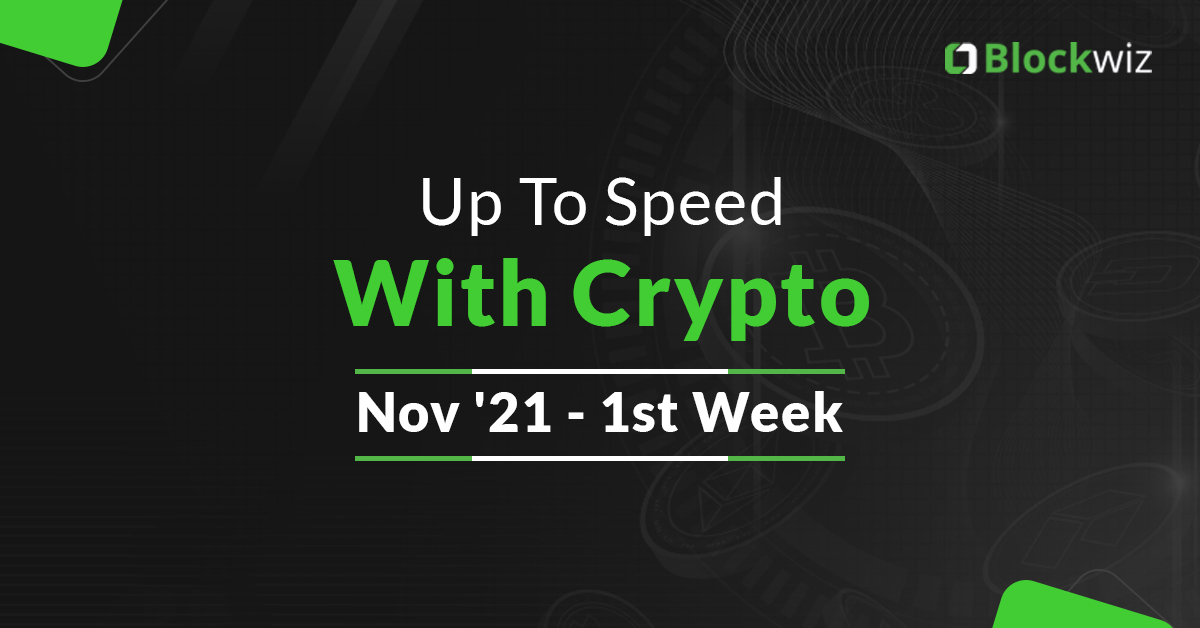 Every day is a new day and every week, we look at the world of crypto only to find things that weren’t really expected. This week we got some good news for Ethereum investors, a bit for Matrix (movie) fans, and some Russian investigations into shady crypto transactions.

Goldman Sachs predicts the price of Ethereum (ETH) to hit $8,000 by year-end. This was based on the correlation they found recently between Ethereum and Inflation markets. The correlation has been almost been hand-in-hand between the two. This led to a prediction of either peaking and subsequent drop in ETH prices or a bull run all the way to $8000 by the end of this year.

This prediction by Goldman Sachs is considerably higher than other expert opinions on the matter. For instance, Finder.com’s panel predicted the price of ETH to reach the ballpark of $5100 by year-end. However, Goldman Sachs’ confidence in their prediction is high as it looks to establish services to trade futures and options in ETH in the coming months.

In the last week, Ethereum reached its all-time high (ATH) crossing the $4200 mark, which rallied for a second run to reach $4595. This comes after some ups and mostly downs in the last few months. During those months, Bitcoin (BTC) and other altcoins saw significantly larger growth. It is also one of those times when 99% of ETH supply is in profit or no loss which means that the market might see a correction soon. However, other matrices suggest a further rallying for the coin if it doesn’t show a significant dip in the upcoming time.

This is in line with the above predictions by Goldman Sachs and other reports which indicate that ETH is bound to reach at least the $5100 mark by year-end.

A public effort in Russia by the name of Stopnarkotik has asked the Russian authorities to look into matters related to the drug trade. The Interior Ministry and Central Bank have responded to the call and are looking into a crypto firm, Suex. The Russian OTC broker is allegedly involved in multiple cryptocurrency-based drug trade and the claims extend to many more cyber crimes as well.

Blizzard, a $200 Million Fund to Support DeFi on Avalanche

Avalanche Foundation has launched a huge fund named Blizzard to support developers and their innovations on the Avalanche chain. The $200 Million fund aims at developing key areas like decentralized finance, NFTs, enterprise and culture applications. This comes within three months of a similar fund named Avalanche Rush of $180 Million which aimed at increasing liquidity in certain pools. Avalanche has a locked-in value of $8 Billion in DeFi alone which was a result of the previous fund, Rush.

With Blue Pill and Red Pill options, you can buy Matrix NFT avatars coming soon in the NFT space. The move comes as a way forward for Warner Bros after a successful launch of Space Jam NFTs based on the animated movie by the same name. Entertainment companies are entering the NFT market after the tremendous success of NBA Topshots. Big names like WWE and UFC plus production houses like Fox and Lionsgate are also moving into the space.

One of the biggest advantages for these entertainment companies is the long-standing following and fanbase they have. This automatically makes their NFT offerings lucrative and valuable to collectors and traders alike.