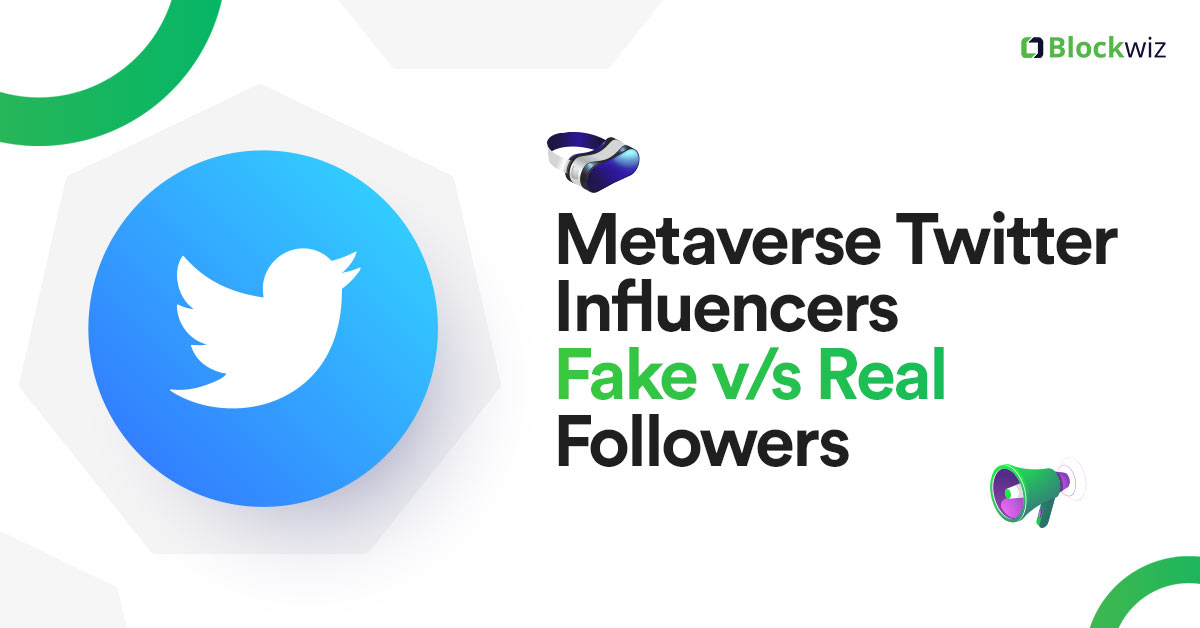 Twitter is the most popular platform for any kind of news and information. For many, it is the number one source to get first-hand and real-time news especially from influencers with a huge following. However, just because someone has a million followers, does that make them a legit source?

In 2018, a Chicago Sun-Time film critic, Richard Roeper, got suspended for buying 25 thousand followers on Twitter. That same year, many famous personalities were also found operating their Twitter profiles with fake followers. While Twitter is an excellent platform for marketing and many more domains, there is always a flip side to everything.

However, the repercussions of indulging in such activities can be severe. Twitter’s spam and manipulation policy clearly outlines that doing so is against its terms of services. From a simple account ban to legal actions, the platform authorities could take any action in such scenarios. Apart from that, fake followers even hamper the authenticity of a legitimate Twitter profile.

While Twitter profiles of many metaverse influencers may appear normal, there are always signs that tell if they have fake followers or not. Spotting such followers, however, is not everyone’s cup of tea. So, it is essential to understand the basics of identifying fake and genuine followers for metaverse Twitter influencers.

The Need to Identify Fake Followers

Twitter has its own search engine with billions of search queries. The metaverse is just one of the many things people search on Twitter. While the platform’s policies and enforcement ensure users post reliable content, some people have a tendency to disregard such policies for personal gain.

A wanna-be influencer might impersonate a famous influencer to gain more followers. An influencer might purchase followers to boost their popularity. A growing brand might hire followers for financial gain. The possibilities are endless. However, the one thing that’s on the line here is the credibility of the information coming from such profiles, along with the integrity of the platform itself.

Now that you know the importance of identifying fake and organic followers, it’s time to understand the how of it. There are several ways to distinguish between fake and real followers on Twitter. From looking at the profile pictures to the number of tweets, false followers or profiles have a lot of tells. So, let’s discuss all these aspects in detail:

The Number of Tweets

This is a relatively straightforward aspect of identifying if a Twitter profile is legit or not. A profile with no tweets even after a substantial amount of time since its creation date might be fake. The same is also true for profiles with a significantly lower number of tweets against their creation date. This is because the purpose of fake profiles is to increase the number of followers.

Random or irrelevant tweets and no tweets at all are clear indicators of fake profiles. It is, therefore, essential to check whether metaverse influencers have such followers on Twitter or not.

The Number of Followers

Just like the number of tweets, the number of followers is also a great indicator of fake Twitter profiles. If a profile gains a lot of followers in a relatively short span of time from its creation date, the chances are that it is fake. Many people create fake profiles impersonating famous personalities and buying followers.

This is a common tactic for financial gain as well as tarnishing others’ image. Thus, comparing the profile creation date with the number of followers can give you a pretty good idea of whether the metaverse influencers you are following on Twitter are fake or have fake followers.

While the number of tweets and followers against profile creation date are good enough indicators, there are always those who know how to cover these grounds. As per a Pew Research Center study in 2018, two-thirds of all tweets with links to popular websites were associated with false followers or bots.

Some fake followers may post random tweets every now and then to bypass Twitter’s fail-safes. On the other hand, some may consistently post irrelevant tweets with links to malicious or other random sites in bulk. Identifying such tweet patterns and tweets in bulk makes it easy enough to identify fake profiles.

Therefore, look for such tweets in the Twitter profiles of the metaverse influencers you follow to know their status effectively.

We usually have a profile picture of ourselves, our loved ones, or something that we like. The same goes for the usernames we choose for our social media profiles. However, scammers usually don’t pay attention to such details as they have different agendas for creating profiles. So, profiles with dubious or no display pictures along with vague usernames are usually the ones to avoid.

While it is not always a good idea to judge a book by its cover, it can surely come in handy at times. After all, let’s not forget that looks can be deceptive as well. Thus, you can get a pretty idea about fake profiles by carefully analyzing the usernames and display pictures.

Just like we use our profile pictures and usernames for a glimpse of our identification, we provide some meaningful bio as well. Scammers, dummy profiles, or bots either don’t have a bio or have a phony one. While this attribute is also true for those who are lazy or uninterested, it is still a prominent factor as false profiles usually fall trap to it.

Therefore, paying close attention to user bio can reveal enough to spot a fake profile from a legitimate one.

While the attributes listed above are several things you can look for, there are other factors like followers to following ratio and more. However, analyzing these attributes on your own makes no sense. This is because influencers usually have thousands and even millions of followers. Thus, it is always a good idea to use online tools to check for bogus followers in a Twitter profile.

There are many online services like SparkToro, TwitterAudit, accountanalysis, FollowerAudit, and more. So, let’s learn about what some of these tools have to offer.

This audience research tool can provide you with all the data related to what people are doing on different social media platforms. SparkToro has different search criterias for:

This is a great auditing tool for finding and blocking fake Twitter followers. From in depth analysis to re-auditing, here the features Twitter Audit offers:

accountanalysis is one of the most popular tools that marketers, academics, journalists, and even regular people use. This is the perfect tool to evaluate Twitter profiles as it provides an overview of how a Twitter profile is being handled. Some of the aspects of a Twitter handle you can inspect with this tool are:

However, these are just some of the aspects that accountanalysis allows you to inspect. It offers insight into many more attributes that you can utilize to efficiently segregate fake Twitter profiles from the real ones.

When it comes to AI-based Twitter tracking tools, FollowerAudit is great for analyzing the followers of any Twitter profile. It allows you to check bogus followers, nonfollowers, inactive followers, and much more. Here are some of the prominent features of FollowerAudit:

These tools can easily provide you with all the information you need to segregate fake users from the real ones. They can come in quite handy in the influencer marketing domain. Apart from that, there are other influencer marketing tools that you can also use for your brand. More on that here. From extensive paid research to free services, these tools offer a lot just to make it easier for you to identify fake Twitter profiles.

Another easy way to connect and collaborate with influencers who have a legit following is by working with a marketing agency like Blockwiz. Finding the right influencers to build and grow your project and getting in touch with them is no small task. Such firms usually work with the best influencers in the industry, which makes them a credible medium for you to team up with the right influencers.

Just like it is vital to understand the difference between fake and real followers, it is worth noting that it is not a simple task. While online tools can offer enough data to identify fake profiles, the task of siphoning influencer profiles for such followers still lies heavy on your shoulders.

So, if your endgame is to collaborate with influencers for marketing needs, connect with growth experts at Blockwiz. It is always a good idea to work with those who have made a name for themselves in the influencer marketing domain rather than doing all the heavy lifting yourself. 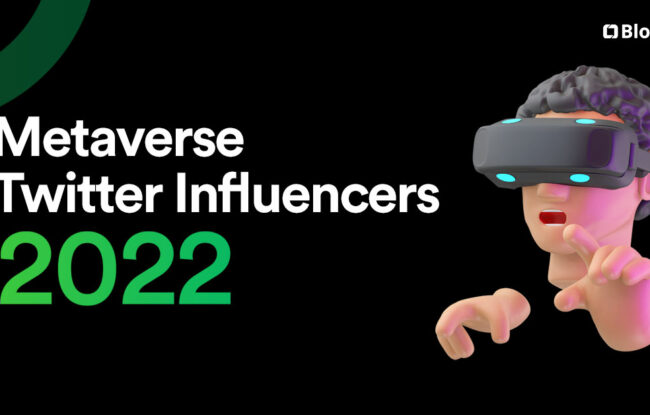 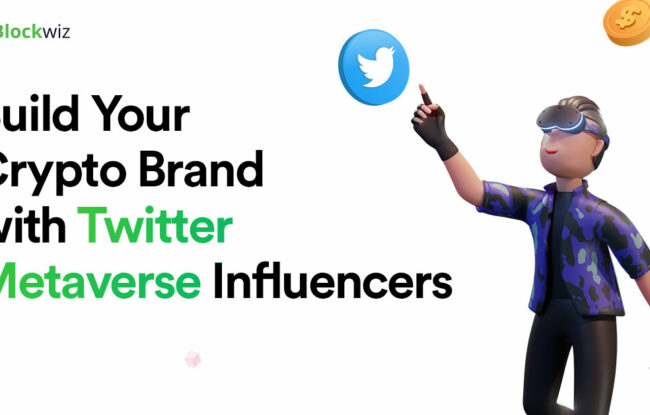 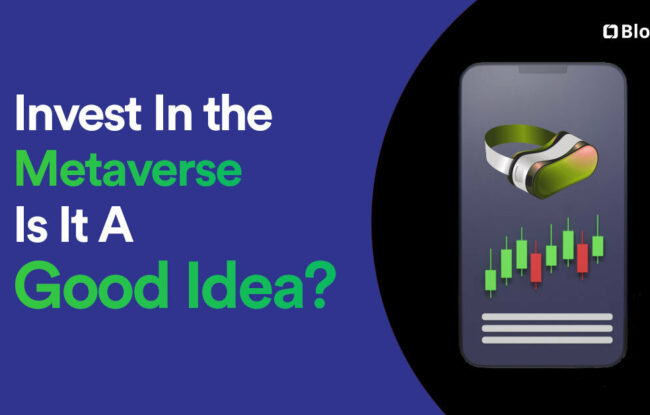