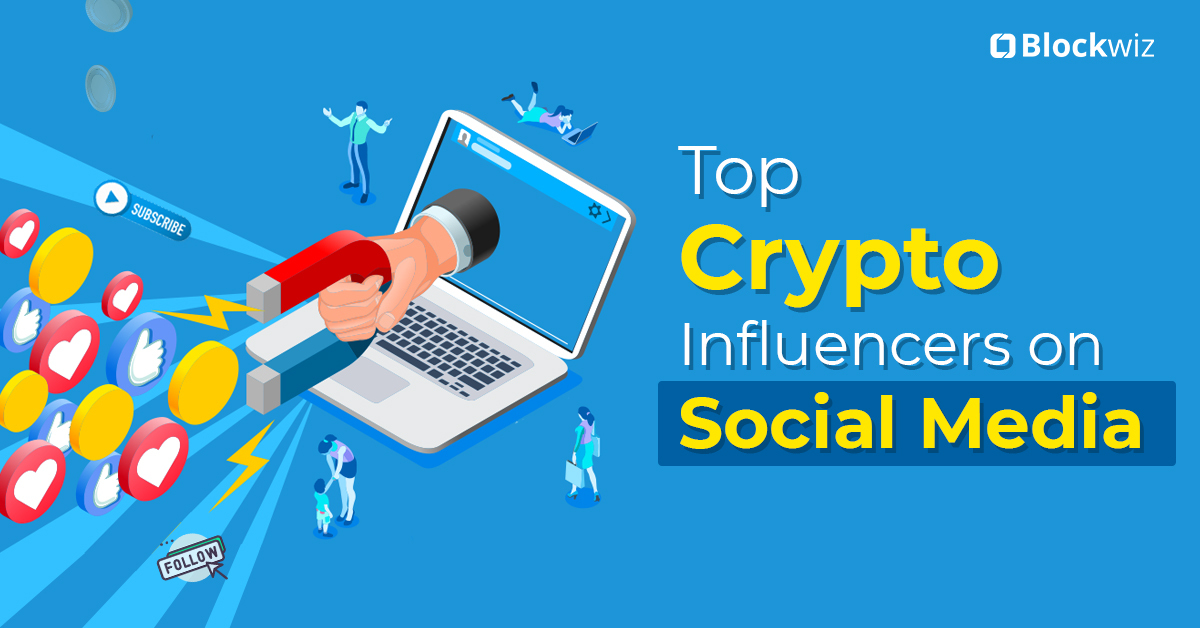 Do you follow any cryptocurrency influencers on Social Media? These days, it’s impossible to navigate through social media without coming across the name of a certain cryptocurrency. Cryptocurrency captures practically everyone’s attention, but because it combines technological and economic expertise, it is not always easy to keep up with what is going on in the world of cryptocurrency.

If you’re interested in cryptocurrencies but aren’t sure how to stay up to date, you should start following top crypto influencers on social media. They will clarify the terms, make recommendations on where to invest, and provide you with the most up-to-date information on upcoming projects from different niches across crypto & blockchain.

Following these top crypto influencers on social media will help you find answers to your cryptocurrency-related questions, queries, and keep you up-to-date about new projects.

As crypto’s use cases, investors, advocates, and, yes, even naysayers expand, so will the number of people who believe in it. And while it has grown in popularity, luring people to join and invest in cryptocurrency, there is a larger barrier to entry that keeps many individuals from jumping in headfirst, and that is a lack of information.

That’s where these top crypto influencers come to the fore, helping everyone understand complex things around crypto & blockchain. Following such influencers benefits all who are venturing into the crypto ecosystem.

If you have got an upcoming crypto project and you’re looking for verified & credible crypto influencers to market your project, let’s get in touch and have a detailed discussion about growing your business. One of the big strengths of Blockwiz lies in the area of influencer marketing, helping clients connect with top-notch crypto influencers worldwide across all crypto niches.