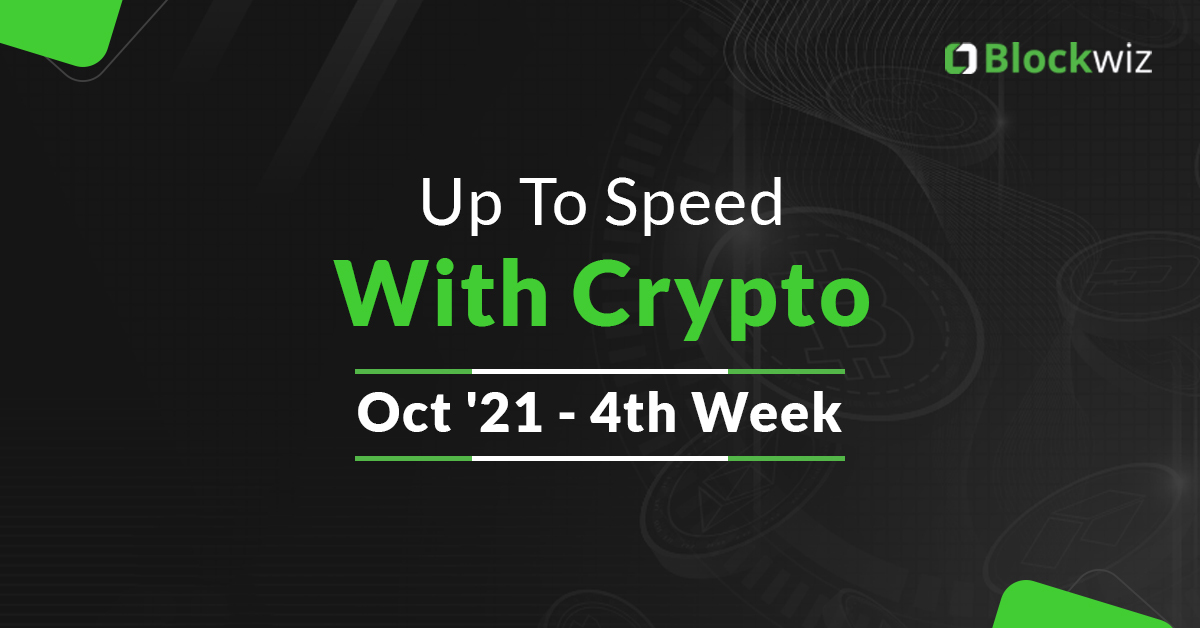 Buy BTC at Walmart, Buy Tesla with Crypto, And More This Week!

The world of crypto is an exciting space, to say the least. Something new happens almost every day that makes news and the horizons of the crypto world keep expanding. As a global crypto marketing agency, Blockwiz is part of the game and keeps a close eye on everything crypto. So, here is the most impactful news from the blockchain space from the last week of October 2021.

Mastercard to Offer Payments and Reward Programs with Crypto

Mastercard customers will soon be able to buy, sell, and hold crypto. This would be achieved using Bakkt’s custodial wallets. Mastercard also plans to roll out branded crypto credit and debit cards. Mastercard and Bakkt announced the partnership at this week’s Money 20/20 conference, a global gathering of the fintech industry.

In a recent survey, Mastercard found 77% of millennials interested in learning about crypto, and 75% would use crypto if they understood it better. The move comes as an action from these insights and plans to target millennials.

Walmart has announced the inclusion of Coinstar kiosks at 200 of its outlet. These kiosks can be used to buy Bitcoin (BTC) with currency notes in the US. The transaction fee and cash exchange fee are high at 4% and 7% respectively. A voucher is issued that can be used to redeem BTC in your Coinme wallet instantly. Coinstar and Coinme have collaborated to offer bitcoin at more than 8,000 kiosks, including the 200 Walmart locations.

Adobe has launched a Photoshop tool that allows creators to pre-construct the images for non-fungible token (NFT) applications. Adobe has been looking forward to working in the NFT space for some time now. The ‘prepare as NFT’ tool for Photoshop will be available with the upcoming iteration of the software.

This will host features that can embed attributes in the metadata of files that can be read easily by NFT marketplace systems. Adobe also commented that it’ll keep the format and file systems to the open-source standard IPFS (Inter-Planetary File System).

In a recent filing, the electric carmaker Tesla revealed intentions for accepting payments in Bitcoin for their products and services. Previously they stopped accepting the same due to concerns about the environment from the mining of BTC, which is energy-intensive which in turn is coal-based. Tesla holds about $15 Billion in BTC, which according to Elon Musk is meant to support payment and transaction infrastructure for the company. It will not be ‘sold for profit’ as such.

Also, Elon Musk commented in a recent tweet that he doesn’t own Shiba Inu. He only ‘hodls’ Bitcoin, Ethereum, and Dogecoin.

So those are the most important updates of the week. Keep on the lookout, the world of blockchain technology and cryptocurrencies is as dynamic as cryptos themselves.