The cryptocurrency gaming sector is worth billions of dollars thanks to blockchain technology, allowing for the true, real-world trade of non-fungible tokens (NFTs) in a decentralized manner. The rise of crypto gaming tokens offers investors a lucrative economic opportunity with a long shelf life. The popularity of gaming tokens means that any cryptocurrency with a foothold in the sector will soon garner a significant amount of traction.

Generally speaking, “play to earn” games are those that allow players to enjoy them in terms of gameplay, such as conducting battles, breeding their in-game characters, fulfilling quests, or accomplishing various other activities. They will receive some form of in-game currency that can be used to acquire NFTs later on, or they can transfer the currency directly to a crypto wallet where it can be sold or traded for tokens or currencies that can be used to make real-world payments.

The popularity of blockchain gaming, also known as GameFi, surged in 2021. There was a 71% increase in blockchain games over the past year. This was partly due to increased play-to-earn gaming, and partly due to technological advancements that have enabled better games to be created. Axie Infinity (AXS) has been the pioneer of “play to earn” gaming. It is still one of the most popular game coin cryptos. However, with more gaming tokens coming out at a rapid pace, there’s huge competition.

Let’s dig deeper and figure out the most popular crypto gaming tokens for 2022 that can help you earn money fast. Read on.

As mentioned above, Axie Infinity (AXS) is the undisputed king of all crypto game tokens. On August 8, 2021, Axie Infinity became the first Ethereum-based NFT game to achieve a million-dollar sales milestone. More than a million people are currently playing the game. A Vietnamese firm known as Sky Mavis developed the most popular non-fungible token (NFT) game on the market right now, and it is called Sky Mavis. It is one of the most lucrative games available on the entire blockchain network.

It has been compared to the popular video game Pokemon, and it is populated with Axies (or digital creatures), each of which is an NFT. Axies can be acquired, sold, and bred, and they can also be used to compete against other players or teams in seasonal tournaments, which are held throughout the year. Rare Axies can be worth tens of thousands of dollars, and a virtual property tract was recently sold for $1.5 million on the Second Life marketplace.

The booming virtual economy of Axie Infinity distinguishes it from other gaming platforms. Axie encourages players to cash out their winnings. AXS can be converted into Ether or fiat currency at the end of the process. The game has become extremely popular in certain countries, like the Philippines, where gaming has become a full-time profession.

Players can own land, create, play, and participate in virtual activities, among other things in ‘The Sandbox’. If you own a sandbox plot of virtual land in the metaverse, you can monetize your experiences there. The SAND gaming token can be used to purchase and sell any Sandbox feature, and participants eventually contribute to the metaverse’s ongoing expansion by purchasing and selling Sandbox features themselves.

Sandbox is becoming increasingly popular, alongside games such as Minecraft and Roblox. It places a great emphasis on developing a thriving community of users who can engage with one another and exchange ideas in order to assist the platform in its growth.

On the subject of aesthetics and interface, players in The Sandbox will be able to create their own methods of selling content, while remembering the basic Minecraft experience, in which scenery and items are presented in block form. Trading lands and artifacts, as well as completing in-game chores, are the most effective ways to earn money in The Sandbox.

Gods Unchained is a game developed by the same team that developed the Immutable X layer-2 scaling solution for the Ethereum blockchain. This means that the game runs on Ethereum and makes use of Immutable X, which allows decentralized apps (dApps) to trade peer-to-peer without incurring fees.

Gods Unchained is a card trading game in which players attack each other using a deck of cards, core cards, and genesis cards. Core cards are the cards that you obtain for free simply by playing the game and completing objectives. There are, however, card packs that players may purchase if they want to avoid the tedious process of grinding. Therefore, if you intend on using them, you will have to purchase them from another player. The immutable X marketplace is where players can buy and sell any of the cards that are available in the game.

Gods Unchained also has its own crypto gaming token, the GODS token. It is possible to utilize GODS tokens to create NFTs, purchase packs from the Gods Unchained Marketplace, and earn even more benefits by storing the tokens in Immutable X, all of which can be done with the tokens. This token also serves as voting power, allowing you to participate in governance ideas that have the potential to impact the game’s evolution in the future.

MANA is the crypto gaming token used by Decentraland, a virtual world driven by Ethereum blockchain technology that is being created on the Ethereum network. These game tokens can be purchased, sold, and traded amongst other participants. Furthermore, users can buy and trade virtual land parcels that are associated with Decentraland on open marketplaces.

Players can discover new regions, design their own avatars and material based on their tastes, and have great experiences as a result. Decentraland includes gameplay on virtual reality experiences to satisfy life beyond reality, all with ultra-high-definition graphics. It’s no surprise that Decentraland has risen to the top of the crypto-coins rankings list.

Gala Games is a blockchain-powered gaming platform offering a wide selection of crypto games genres. The GALA game crypto coin is given as a reward and a utility token for players’ in-game transactions within the ecosystems. In a Gala Games’ NFT marketplace, not only may tokens be traded, but in-game things can also be sold and gathered by numerous cryptocurrencies at a defined price, based on their rareness.

Although objects are collected within the games, Gala Games purposefully leverages blockchain to grant players’ sole ownership of games’ items as NFTs and ERC-20 Token on Ethereum blockchain. In other words, every in-game object and inherit status gathered by players will be verifiable assets on blockchain even when their accounts are suspended from the platforms, unlike other games where Game Master and Admin are the highest writers of games’ items.

Cryptocurrency gaming is here to stay, and it has the ability to fundamentally alter the way we interact with video games. Blockchain’s utility in gaming comes from its ability to create an artificial micro-economy within the game, allowing players to own and exchange virtual items. As crypto gaming tokens get more sophisticated, they will attract an increasing number of gamers. If you’re unsure how to trade crypto gaming tokens, consider contacting an expert from Blockwiz – a global crypto marketing agency – to get your doubts resolved.

Gaming allows us to work together to produce interactive stories that are scalable and can be shared across international borders. We have the ability to explore enormous, limitless possibilities: universes that are far apart from our everyday existence. One thing is certain: gaming and cryptocurrency/blockchain are mutually beneficial and will continue to thrive in conjunction. 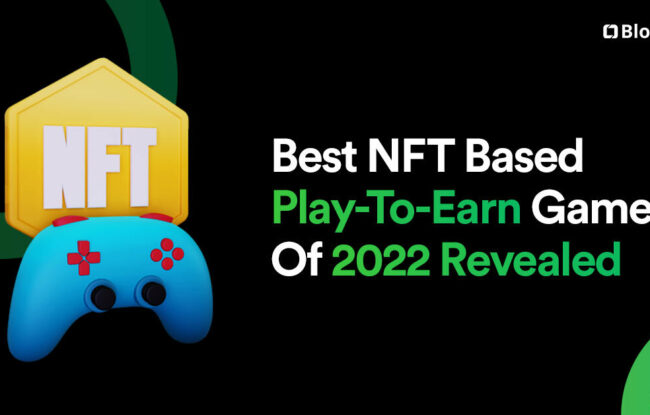