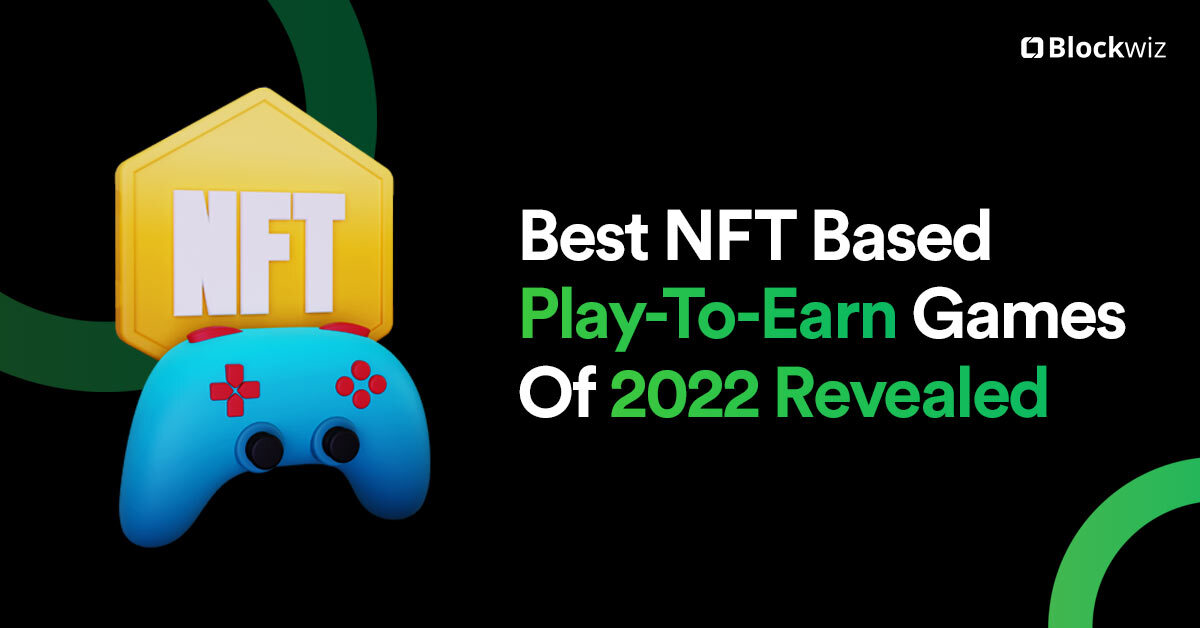 Have you ever wanted to get paid and earn bucks to play games? Now that’s straight from the future and stuff of dreams, right? Well, that dream seems to be turning into reality with numerous play-to-earn NFT games in the market growing in popularity in the crypto space. Gamers have been earning real cash with the in-game awards and trading in-game assets in the form of NFTs.

Let us quickly understand how gamers can actually earn cash for playing these NFT based games. There are essentially two ways in which we can do this. The first one is the earning gamers make through the in-game digital currencies through gameplay. The second way is to earn or buy in-game items, which are in the form of NFTs, and then sell them on the marketplace for profits.

We at Blockwiz will be covering top NFT based Play-To-Earn games along with tips from our team of expert gaming enthusiasts. We will explore the top games and share our thoughts on maximising gains during gameplay. The listed games here are from different genres and have their own USP that contributes to their popularity.

It is a fantasy football game where gamers collect player cards tokenized as NFT, which is used to compete in fantasy football tournaments for rare cards and ETH prizes. The game has a limited number of cards. When you sign into the game, you are greeted with player cards that can be used to join leagues like starter league rookie, global All-Star League, Challenger, Europe League and many more.

Each league is divided into different prize pools, and every league, barring rookie league, and special weekly one has different divisions. It goes without saying that division one will have the most challenging competition with bigger prizes to win, while division five will be easier and comes with smaller prize pools. Starter rookie league allows the gamers to win a tier-one rare card for coming first, a tier two rare for coming second with the other prizes.

You need to put together a team to compete in the league, and the player performance in the games depends upon their performance in real life. If you are the type of person who loves football and crypto, it’s certainly recommended to try out Sorare. Its a rare amalgamation of Fantasy Football games, NFTs and lots of ETH prizes that is entirely on-chain.

If you are not the biggest football fan and like games like Farmville instead? My second top blockchain game is precisely that. It has to be Town Star created by gala games. Gala games was founded by the co-founder of Zynga, which was the company behind Farmville. So, Town Star is basically a crypto version of Farmville.

Now let’s get into the game’s core idea and what it’s all about? The game’s central theme is to create resources and sell them to other towns. The revenue generated with these sales is used to upgrade the town and make it more resourceful and productive.

So how do we play to earn Town Star? The recently announced play mechanics allows to earn Town tokens with NFTs; the earning depends upon the rarity of NFTs. When you place these NFTs on your farm and complete daily challenges, you will get those town token rewards. The earning with NFTs will be based on Gala power. The Gala power depends upon factors like ala tokens in your wallet, account age, town coin holdings, referrals and so on.

Our next Blockchain-based game is a RPG. It’s a full-on action-adventure game with a blend of crypto to it. This is a Dungeons and Dragonesque role-playing game. In this game, you can earn SKILL token, the native token of Crypto Blades by crushing your enemies. Raiding parties and staking games can also contribute to your earnings.

As with almost every role-playing game, powerful weapons your character use give you the upper hand in in-game combat. These special weapons and other amenities used by the character can be minted into NFTs and used in the game or traded for profits in the Crypto Blades marketplace. One more exciting aspect of the game is that even the character is issued as an NFT.

The gameplay for Crypto Blades is pretty straightforward. There are four different elements within the game: fire, Earth, lightning, and water. These elements are assigned to the characters’ attributes, weapons and enemy. These elements increases and decreases the chances of victory during the battle. This is hands down among the most interesting on-chain RPG games out there.

The SandBox is an immersive metaverse where players create virtual worlds to monetize their gaming experiences. Simplistically put, it’s a bit like Minecraft. Sandbox has a range of different universes to pick from, including the likes of Summer Jam land and the walking dead land. We also have Snoop Dog themed land too.

Within the game, one can buy plots of land and build experiences on top of it. We can populate these lands with in-game assets to create unique gaming experiences for other players. You can charge other players SAND tokens to visit your own land and play games. These lands are NFTs with a capped supply that could be traded. These lands can even be sold for profits once you have developed them.

SAND tokens have various other utilities in the game. As the SandBox attracts more players and creators, this will increase the demand for SAND within the ecosystem. As the token supply is scarce, the increased demand is expected to drive up the price. This is why so many people are bullish on SAND and hold it as a bet on the future popularity of this game.

There is no doubt these blockchain games have managed to create a tremendous amount of hype lately. The userbase of each game has surged to some insane and unprecedented numbers. However, We still feel blockchain-based games are still in their infancy, and there is a long road ahead. Until then, a patient watch at this crypto sub-niche would be a wise decision for all.

These games still have a lot of room to grow. As more and more AAA developers get into this space, this crypto sub-niche will see an even faster rate of growth and development. WE are likely to see more aggressive use of Blockchain and NFTs that underpin the in-game assets to enhance the gaming experience. More and more companies are pushing the idea of metaverse This is going to be the future of gaming and our new way of digital interaction in coming years.

More and more games are making their presence felt with their unique gameplay and their unique play-to-learn mechanism. Developing solid game fundamentals is essential, but it’s only a half job done if your game is not marketed correctly. We are a team of growth hacking specialists that could take your gaming project out there to the gamers and help you put your best foot forward in building a dynamic gaming audience. Book a call with our strategist right now to outsource your project marketing needs to us. 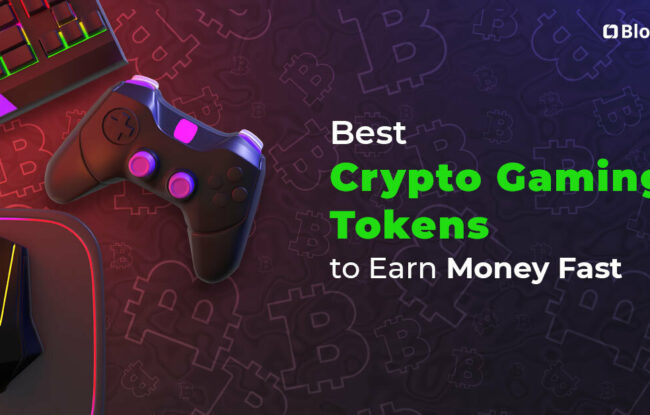